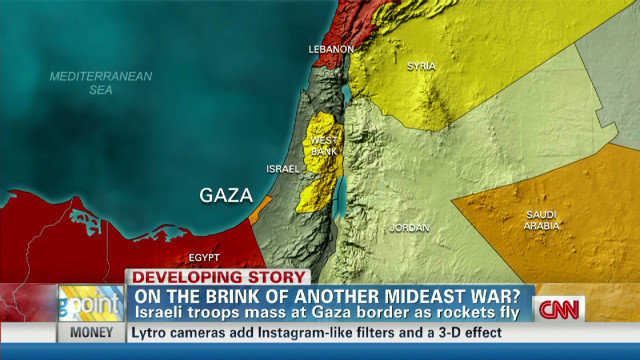 Israel rep.: One or two days before ground troops move into Gaza

Israel Deputy Foreign Minister Danny Ayalon tells CNN’s Soledad O’Brien that Gaza may have a day or two before ground troops move in.

Ayalon says, “We are kind of reluctant warriors. We don’t want to get into Gaza if we don’t have to. But if they keep firing at us… a ground operation is still in the cards…. We have very simple, specific goals.”

When O’Brien asks what would trigger a ground operation, Ayalon responds, “If we will see in the next 24 to 36 hours more rockets launched at us, I think that would be the trigger.”