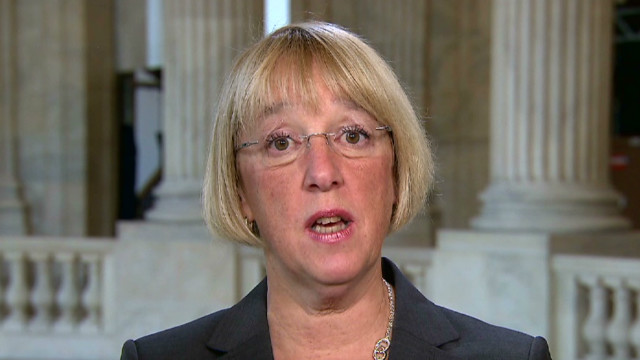 Senator Patty Murray (D-WA) says that if Republicans do not agree to let tax cuts expire for Americans making over $250,000 per year, the country should go over the fiscal cliff, which would allow automatic cuts in spending and the expiration of all tax cuts to go into effect. If this happens, Murray would like to pass a tax cut for those making under $250,000 at the beginning of next year.

Sen. Murray says, “I think the Republicans have a decision today. They need to decide whether they’re going to stay and protect the wealthiest Americans from participating in this challenge that we have, and if they do that, then we have no other choice but to go into next year when all the Bush tax cuts expire and start over. I don’t want to do that. I don’t think we should do that, but that’s what they could force us to do.”

When CNN Anchor Soledad O’Brien asks if agreeing to go over the fiscal cliff is irresponsible, Sen. Murray responds, “The alternative to that, is if they insist on their position, is even worse. Middle class families… are going to bear the entire burden of our fiscal challenges. Whether it’s cuts to education, whether it’s changes to Medicare and Social Security or whether it’s they themselves having to pay additional taxes. What we’re saying is it has to be fair. Everyone has to participate. And we can’t continue to allow the Republicans to exclude one group of people, those making over $250,000 a year from paying their fair share. That’s what we’re fighting for.”