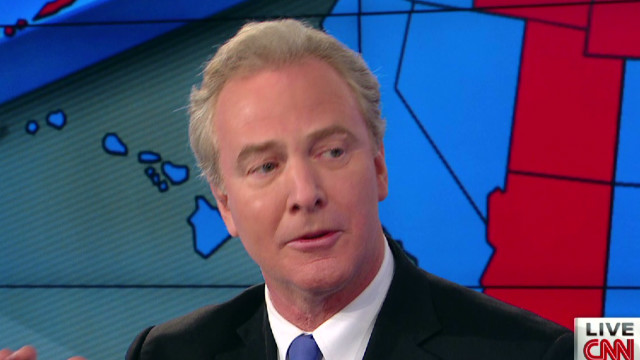 Rep. Van Hollen says, “One of the big issues in this election was whether or not we should take the balanced approach to reducing the deficit…. A combination of cuts, but also revenue. It’s very clear from the exit polling that a majority of Americans recognize that we need to share responsibility in reducing the deficit. That means asking higher income earners to contribute more to reducing the deficit. So, that was one of the clear messages… in this campaign. The President won. And I think it’s important that Republicans on the Hill recognize that the American people have said balanced approach is necessary to get our deficit under control.”

Later in the interview, CNN Political Contributor Erick Erickson asks Rep. Van Hollen what cuts will be made.