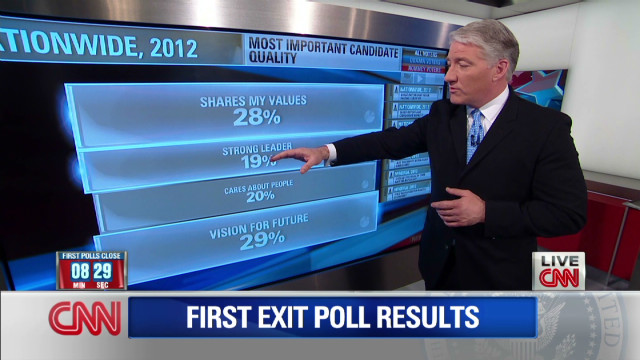 CNN Breaking News: The economy was the most important issue among those who voted today, CNN reports based on early exit polls.

Of those voters who were asked about the biggest economic problem facing “people like you,” 40% said it was unemployment, 37% said rising prices, 13% said taxes and 8% said it was the housing market.