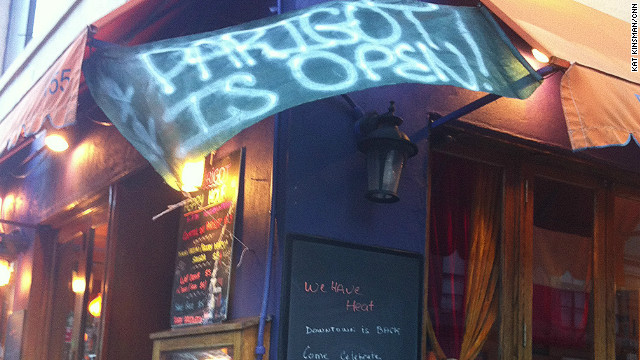 Anthony Bourdain, one of CNN’s newest hosts for 2013, asks restaurant-goers in New York to dine out and tip more money to help local NYC restaurants affected by Hurricane Sandy. In his op-ed on CNN’s food blog Eatocracy, he writes, “Just ‘cause a little DIY place has got it’s power back on, doesn’t mean the bleeding has stopped… so let’s do what we can.”  He explains the hardships Sandy has caused restaurant owners and employees, and how shutting down for a few days takes a toll on the restaurant’s revenue. This article expresses a similar sentiment to the popular support initiative called Eat Down, Tip Up, which has become a common topic on Twitter, #EatDownTipUp.

Bourdain’s show will launch in early 2013 on CNN and CNNI.