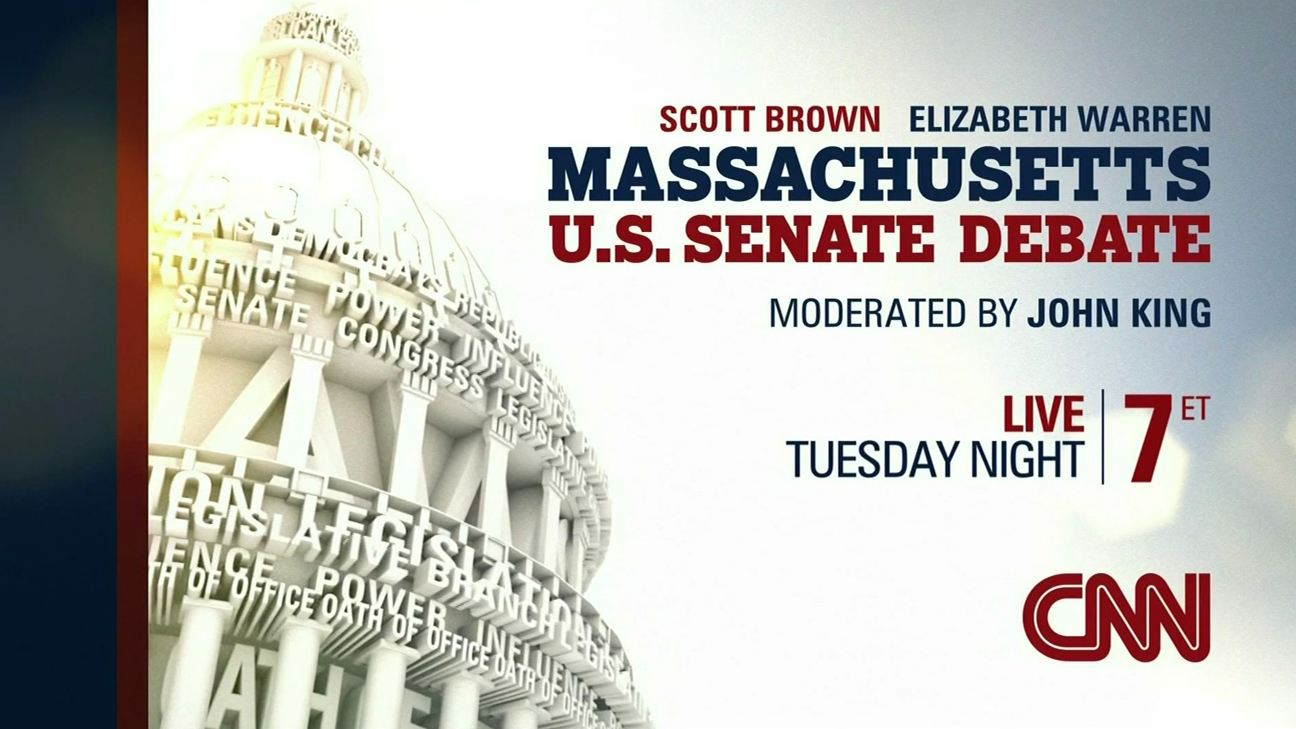 Due to CNN’s comprehensive coverage of Hurricane Sandy, the network will continue with storm coverage during evening programming on Tuesday, Oct. 30. The network will not air America’s Choice 2012: Massachusetts Senate Debate, the debate between Sen. Scott Brown and Elizabeth Warren in the 7 p.m. ET hour. CNN will live stream the debate on CNN.com/Live.

On Tuesday, Oct. 30 at 7 p.m. CNN will air America’s Choice 2012: Massachusetts Senate Debate, the final debate between Sen. Scott Brown and Elizabeth Warren, one of the most closely watched races in the country. CNN chief national correspondent John King will moderate the one-hour debate in front of a live audience at the WGBH studios in Brighton, Mass. CNN will live stream the network’s TV coverage on CNN.com/Live and the debate will replay at 11 p.m.

King, a native of Dorchester, Mass., is an award-winning journalist whose career spans more than three decades, while reporting from all 50 states and from international locations. As the network’s lead campaign reporter for America’s Choice 2012, King provides the latest developments from the campaign trail and across the network’s programs and platforms. Using the “Magic Wall,” he visually connects the dots in politics by illustrating how voting habits have changed across election cycles and analyzing voting behavior. King moderated the first CNN debate of the 2012 Republican presidential primary season in New Hampshire and two additional debates in early 2012. In 2010, King moderated gubernatorial debates in Massachusetts and Florida

CNN Worldwide, a division of Turner Broadcasting System, Inc., a Time Warner Company, is the most trusted source for news and information. Its reach extends to nine cable and satellite television networks; one private place-based network; two radio networks; wireless devices around the world; CNN Digital Network, the No. 1 network of news Web sites in the United States; CNN Newsource, the world’s most extensively syndicated news service; and strategic international partnerships within both television and the digital media.
All times Eastern.