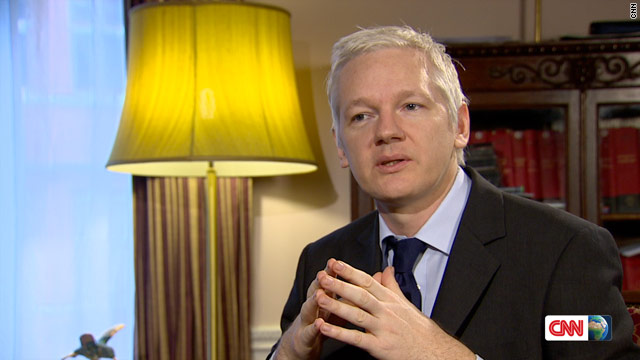 In an exclusive interview with CNN’s Atika Shubert, WikiLeaks founder Julian Assange discusses the recent release of U.S. military documents including detention policies in Abu Ghraib and Guantanamo Bay, and what life is like living inside the Ecuadorian embassy is like living in a “space station.”

On what’s revealed in the U.S. military files: WATCH
“I think the broad patent over the 100 is policies of unaccountability, and that leads to a policy of impunity. WikiLeaks has now released three years worth of main Guantanamo Bay manuals – the rest of the world’s press combined have released zero. That is simply not acceptable. These are documents of incredible historical importance that have gone on to shape not only prison conditions around the world, but have gone on to produce a climate of unaccountability within the U.S. military, within the CIA that is then also spread to other Western institutions.”

On his living conditions: WATCH
“I’ve joked it’s like living in a space station because there’s no natural light…but I’ve been in solitary confinement and I know what life is like for prisoners. It’s a lot better than it is for prisoners.”