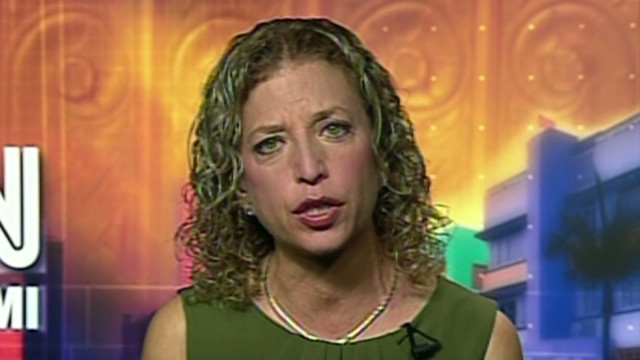 Wasserman Schultz says that Moran’s comments are ‘indefensible’ and goes on to point out the ‘deep-seated, wide’ voter fraud by the Republicans.

On Mourdock’s rape comments, Wasserman Schultz says, “I think it impacts the race because it’s another example of how deeply imbedded the extremism is when it comes to women’s health in the Republican party, whether it’s Todd Akin’s comments about legitimate rape or Richard Mourdock’s comments that a pregnancy resulting from rape is a gift from God. Mitt Romney, the only candidate that he’s cut a spot for and has an ad running, is Richard Mourdock. He’s only had his spokesperson say he doesn’t agree with his views. Even John McCain has pulled his endorsement of Richard Mourdock and says that he won’t return the endorsement, unless Richard Mourdock apologizes. Mitt Romney hasn’t asked Moudock to apologize. He hasn’t pulled his ad or his endorsement. And that’s because Mitt Romney has said things like he’d be delighted to sign a total ban on abortion. So women should be very concerned about whether or not Mitt Romney would be supportive of their health.”