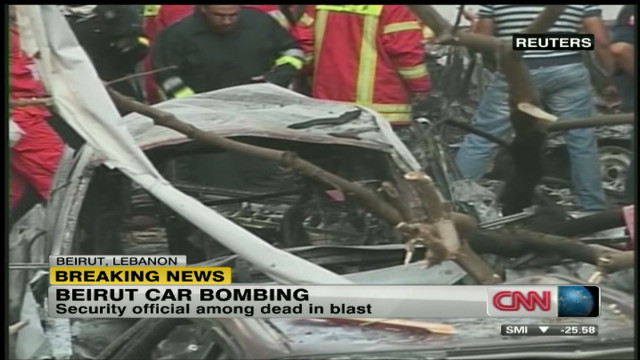 On Friday’s edition of Connect the World on CNN International, former Lebanese Prime Minister Saad Hariri speaks out on the car bombing that killed Brig. Gen. Wissam al-Hassan, a top Lebanese intelligence official known for his anti-Syrian stance, in Beirut.

“Obviously the regime in Syria will not stop at anything but to achieve his livelihood and as a political enemy for him,” says Hariri. “We have always thought Bashar al-Assad has killed Rafik Hariri and today he has also killed Wissam al-Hassan.”