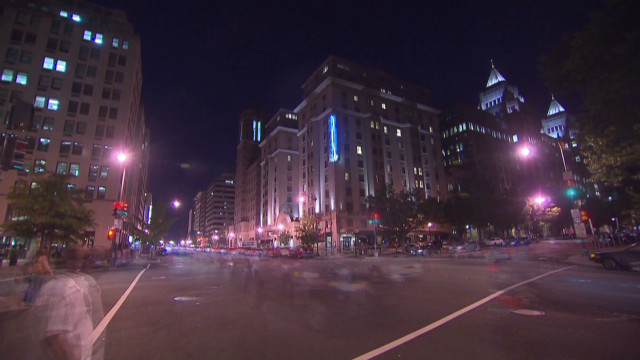 Energy – and its impact on U.S. jobs and the economy are the focus of the fourth and final Fareed Zakaria GPS special on the most pressing issues facing the American electorate in 2012.  CNN’s and TIME’s Fareed Zakaria hosts Global Lessons: The GPS Road Map for Powering America at 8:00pm and 11:00pm ET & PT on CNN/U.S. and at 9:00pmET on CNN International on Saturday, Oct. 27 and at 6:00amET and 10:00pmET on Sunday, Oct. 28.  A companion article, The New Oil and Gas Boom, will appear in the next edition of TIME, on newsstands on Friday, Oct. 19.

Zakaria takes viewers on a virtual tour of Germany, France, Denmark for potential solutions for America’s energy challenges and then brings viewers back to America – to Houston, TX, and Aspen, CO – to show what’s already being done here in America.

Zakaria interviews Houston-based Cheniere Energy CEO Charif Souki, who bet big a decade ago on America’s need to import natural gas and is now converting his terminals to be able to export it instead.  Souki calls the current boom in American shale gas exploration “stupefyingly large.”  Critics say that fracking – the process by which natural gas is harvested from shale – comes with major environmental and health concerns, including pushing inadvertent gas in water tables and a risk for associated seismic activity, but Bjørn Lomborg of the Copenhagen Consensus Center and New York Times columnist Tom Friedman offer that improvements in fracking technology are making it safer, and the cost-effectiveness of energy may soon approach that of coal energy.

In France, the special explores the possibilities, limitations, and advancements in nuclear power, and includes an interview with Hervé Machenaud, head of generation and engineering with the national Électricité de France.  Vestas Wind Systems CEO Ditlev Engel discusses the advantages of wind power; viewers also learn how Germany’s policies are helping to drive down the costs of producing solar power.

Lastly, Zakaria examines potential solutions for what experts call, “the fifth fuel” – efficiency.  Rocky Mountain Institute co-founder and physicist Amory Lovins shows viewers his own ultra-efficient home as well as a new car which uses carbon fibers.  He says in the future, it may be possible to use the fibers to reduce the weight of many types of transportation vehicles – which would reduce the amount of fuel needed to operate them.

Global Lessons: The Road Map to Powering America will replay on Saturday, October 27 at 8:00pm and 11:00pm ET and PT on CNN/U.S.  Zakaria’s three previous 2012 election year specials included primetime installments on health care in March, immigration in June, and jobs in September.

Articles on energy and energy policy, including an excerpt from Zakaria’s TIME column as well content from other contributors may be found at www.cnn.com/gps.