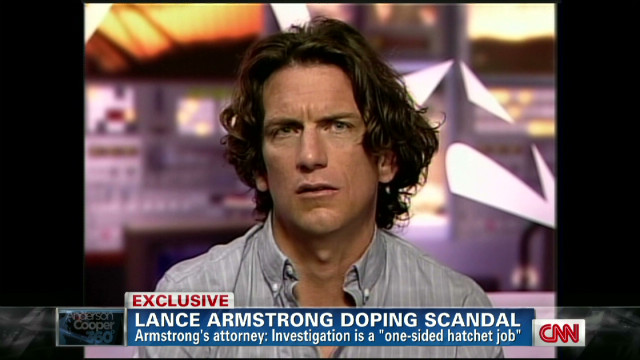 Tonight on AC360°, Anderson spoke with Tyler Hamilton, former professional cyclist, author of “The Secret Race”, and Lance Armstrong’s former teammate. Hamilton talked about his doping confessions and accusations that Armstrong cheated. He tells Anderson that “the first time I ever blood doped was with Lance”.  “I lied for a long, long time. You start believing your lies” he tells Anderson about his own doping, “We had good team doctors and the team doctors told us what we could take, when we could take it”. “Lance and I have been through a lot together. He tried to intimidate me a year and a half ago in a restaurant in Aspen, Colorado. I’m definitely not his biggest fan”

Video link to the interview below –