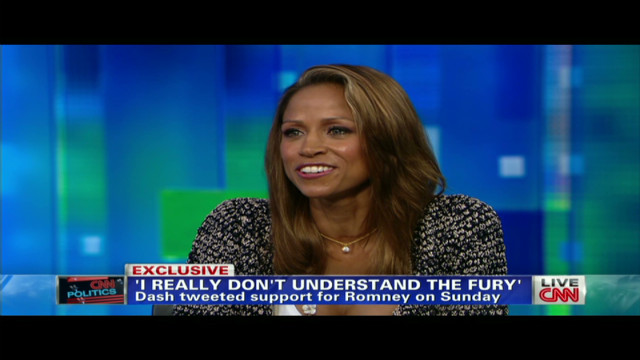 Having recently tweeted her support for Republican presidential candidate Mitt Romney, the woman best know for her role in 1995’s “Clueless” shared the reasons behind her endorsement:

“I would say because of the state of the country, and I want the next four years to be different,” says the 46-year-old who voted for Barack Obama in 2008. “I believe him…I watched him, the Governor and his wife, on ‘Meet The Press.’…They spoke to me, they seemed authentic and genuine.”

After publicizing her political intentions on Twitter, Dash received a tremendous amount of negative response, much having to do with her race, and gender:

“The fury, I really don’t understand the fury,” she told Piers Morgan. “I don’t understand it. I don’t get it…I was shocked, saddened. Not angry. Saddened and really shocked. But you know what, you can’t expect everyone to agree with you.”