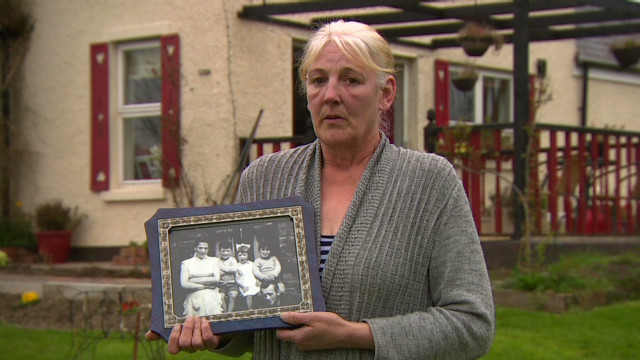 In December 1972, in the midst of deadly sectarian fighting in Northern Ireland, the widow Jean McConville, mother to 10 children, was taken from her home in West Belfast.  CNN senior international correspondent Nic Robertson investigates the ongoing battle between families, politicians, and academia over the tapes that may reveal the real truth about Jean McConville’s fate.  In the four decades since, her daughter Helen has been on a quest for answers about who kidnapped and killed her mother.  Now, she believes tapes held thousands of miles away may hold clues to the real truth about her mother’s fate.

Locked inside a library at Boston College are the Belfast Project archives, containing audio recorded interviews with former paramilitary fighters from both sides of thirty years of violence and mayhem in Northern Ireland.  It is an oral history of atrocities and insights with interviews so explosive that they were supposed to be kept secret until a participant dies or waives confidentiality.  But, depending upon what a U.S. court decides the contents may not stay secret much longer.  Their release to Northern Ireland law enforcement authorities could help solve an old murder mystery, but also could damage the fragile peace there and endanger the lives of those who participated in the interviews for the archives.