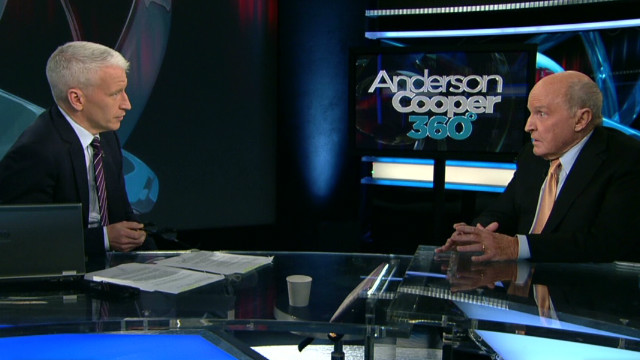 Jack Welch defends his tweet, says he should have added a question mark

After his controversial tweet questioning the drop in unemployment numbers, Jack Welch, former CEO of General Electric, told Anderson Cooper that the numbers presented today are “implausible” and that while he is not backing away from his tweet, he wishes he “ added a question mark” to his tweet.

Things got a bit heated when CNN’s Chief Business Correspondent Ali Velshi joined the conversation and said that Welch is “ the best CEO is America” but went on to say that “ to say something like this is like Donald Trump saying that president Obama is not an American citizen without any proof. You are Jack Welch, jack, you gotta take this opportunity while everybody is listening to you to actually say: yes, Anderson I’m taking that tweet back. I’m gonna send a new tweet to say I was exaggerating. There are problems BLS maybe should look into it but to actually throw out an accusation that’s like asking the government how often do you beat your wife”

Video links below to the interview below. Please credit all usage to Anderson Cooper 360°