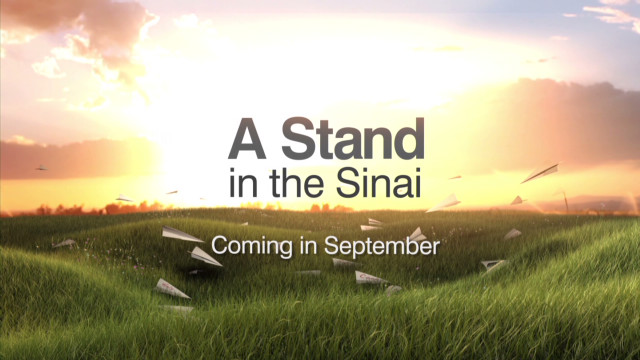 As CNN Worldwide marks the first year of the CNN Freedom Project, the network today announced a sweeping slate of new digital and television journalism for the project for the second half of 2012.  Launched in mid-2011, the CNN Freedom Project shines light on the efforts of individuals and organizations working to fight the injustices of forced labor, sex trafficking, unauthorized organ harvesting, and other forms of human trafficking in the United States and around the world.

“The CNN Freedom Project marked a decision by our news organization to take a stand on an issue,” said Tony Maddox, executive vice president and managing director of CNN International.  “As journalists, we have resisted taking positions, but with our global resources, how could CNN not be involved in raising awareness to these horrible injustices?  And, through our collaborations with heroic NGOs working in these areas, we have pushed for change and are seeing tangible results: more than 1,000 people found freedom following a CNN Freedom Project story.”

Earlier this year, the CNN Freedom Project was honored with a Sigma Delta Chi Award from the Society of Professional Journalists for public service in television journalism for overall excellence.  And, the team was honored with an Investigative Reporters and Editors (IRE) Tom Renner Award, for the 2011 documentary, Death in the Desert.  For that documentary, CNN correspondent Frederik Pleitgen tracked the migration of African refugees as they attempted to cross the Sinai to reach Israel in search of a better life.  These immigrants face not only the harsh conditions of the desert – but are also vulnerable to organ and other human trafficking during their perilous journeys.  Following the publicity of the reporting, more than 600 travelers were freed from their captors.

Among the additional achievements of the first year of the CNN Freedom Project, is the reporting of CNN correspondent David McKenzie on child labor abuses among suppliers for the global chocolate trade.  CNN highlighted the work of Stop the Traffik, a European-based non-governmental organization (NGO), amplifying their campaign message to end child labor in the chocolate industry.  Following continued inquiry by the network, CNN was ultimately able to confirm commitments from three major multinational chocolate manufacturers to maintain a supply chain free from child labor.

The network also collaborated with actress and activist Demi Moore to report on the work of Maiti Nepal, an NGO engaged in freeing Nepalese girls and women trapped in the Indian sex trade.  The result was the globally-broadcast documentary Nepal’s Stolen Children.

Throughout the year, the CNN Freedom Project has worked closely with law enforcement agencies around the globe in their battles against human traffickers.  Embedding with undercover anti-trafficking law enforcement units, CNN has exposed traffickers during raids of illegal brothels and labor firms in Barcelona, the Philippines, and India, leading to the release of over 500 victims.

Coming in September 2012, Pleitgen will report for A Stand in the Sinai, a follow-up documentary to the award-winning Death in the Desert.  And, in November, CNN’s Mozambique or Bust, will look at how donated bras, collected and shipped to the southeastern African nation by CNN viewers in the United States, are helping women there to become independent and recover from sex slavery.

Along with the documentaries airing in the second half of 2012, CNN International and CNN/U.S. will continue to produce and air enterprise, short-form content on human trafficking around the world.  In August and September, CNN correspondent Sara Sidner reports on Nepalese children forced to work for traveling circuses, CNN correspondent Atika Shubert investigates the fate of Indonesians forced into lives of migrant slave labor in the Middle East,and CNN correspondent Paula Hancocks uncovers the stories of South Koreans forced into the illegal global sex trade.

Also coming this fall, CNN reporter Elise Labott will profile the Eritrean nun, Azezet Habtezghi Kidane, also known as Sister Aziza, who was recently honored by U.S. Secretary of State Hillary Clinton for her work leading the efforts of Physicians for Human Rights (PHR), which raises awareness to sex trafficking and torture in Egypt, and aids Africans seeking asylum in Israel.

In response to an outpouring of compassion from viewers around the world, over the past year, the CNN Freedom Project team has also curated digital resources with more information on global advocacy groups working against human slavery.  Users of www.cnn.com/freedom can find details on how to support or volunteer with anti-slavery organizations, watch CNN Freedom Project videos, and read in-depth articles and behind-the-scenes reporters’ notebooks from the journalists investigating CNN Freedom Project stories.