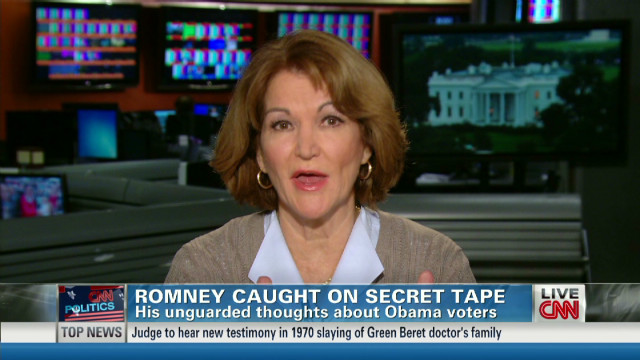 Romney rep. on leaked video: “Certainly this is a bump in the road”

CNN Anchor Soledad O’Brien asks Mitt Romney Senior Advisor Bay Buchanan how one can justify Mitt Romney’s comments in a leaked video from a private fundraising dinner. O’Brien also asks about the Latino joke he made, if he’s insulted Republican voters that are a part of the “47%” he mentions, and his previous comments about the poor.

Buchanan says, “As a candidate he can’t worry about those he can’t get.”