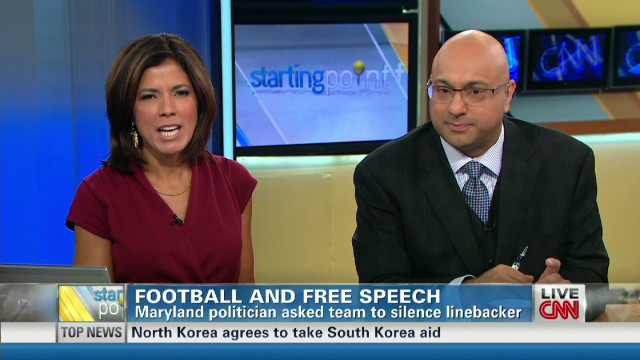 When CNN’s Ali Velshi asks him how he feels about Burns’ attempt at censorship, Ayanbadejo responds, “Well, more than anything, I’d have to thank him for bringing national recognition to the cause…. Luckily it’s starting here in Maryland. And [there are] four other states voting on this in November for marriage equality. And he really just made it a national issue and now it’s on the front pages of all the papers and all the media. If he wouldn’t have [written] his letter, then I don’t think we would’ve received this type of attention.”

When Panelist and former Clinton Advisor Richard Socarides asks about what the response has been from other players, he answers, “Whereas 95% of the people were against it (in 2009), it now seems like 95% of the people are for it.”