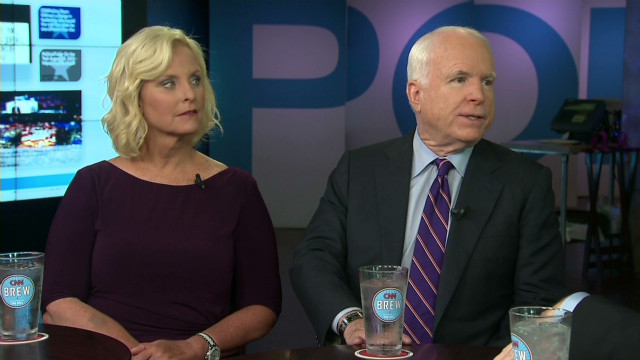 Tonight: The McCains talk to Piers Morgan about the GOP platform

Tonight, on the last day of the Republican National Convention, Cindy and John McCain talk to CNN’s Piers Morgan about the GOP platform, Rep. Todd Akin’s recent comments about abortion, and what they meant for the party.

The McCains respond to the infamous ‘legitimate rape’ comments made by Rep. Todd Akin and discuss how it affects the overall GOP platform and presidential election. “As a woman, I’m sorry for that,” says Mrs. McCain. “But it’s also not the most important issue that is driving this campaign.”

“I agree it was harmful to our party,” the senator says. “What Mr. Congressman Akin was talking about was not abortion. It was about rape. That’s why all of us find it totally unacceptable what he said. We were offended that he should state such a thing.”