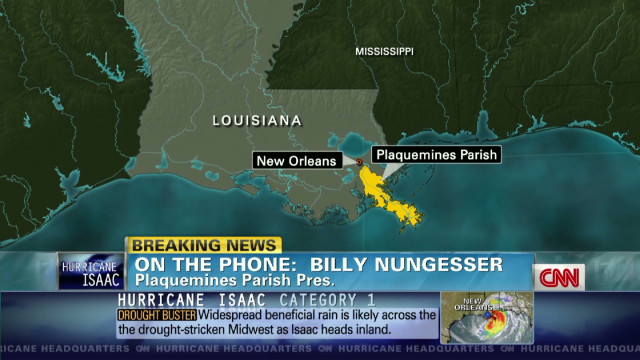 Nungresser says, “Well, the levees are topping in several locations. We’re trying to get the few people who have stayed beyond, out…. We’ve got a serious situation over there.”

He continues, “Not only did we see the worst case scenario, it got worse than that by this storm just stalling…. So the levees can only take so much. We actually we were in the process of raising the those levees prior to this event.”

CNN Anchor Zoraida Sambolin asks, “Raising it as part of the billions of dollars that were spent on the levees or raising it because of this impending storm?”

Nungresser responds, “This is a levee that is a Parish levee that was left out of the federal system. So we were spending Parish money to raise it to give them a fighting chance. We just needed a couple more years without a major storm and it doesn’t look like we got that.”