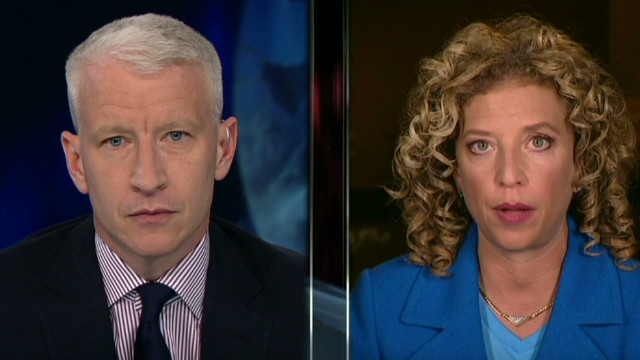 Tonight on AC360°, Anderson spoke with DNC Chairwoman and Congresswoman Debbie Wasserman Schultz about various Romney platforms including his stance on abortion. Anderson specifically asked about a fundraising email where the DNC quoted only a part of a report from the Los Angeles Times in order to suggest that Romney “directed” the writing of the platform.

Anderson pushed Wasserman Schultz for accuracy and to clarify that the Romney campaign didn’t design or direct the abortion platform – the platform came from the party.

View the heated interview about the misleading email