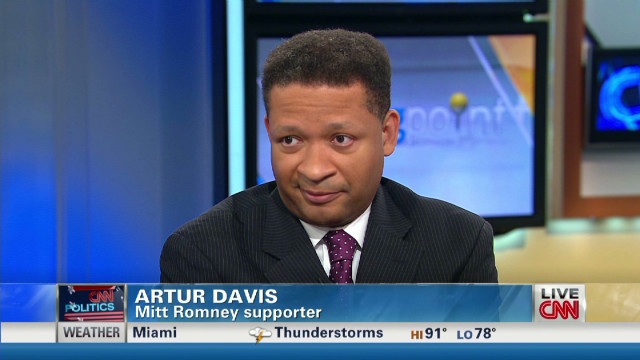 Former Alabama Rep. Artur Davis says if Rep. Todd Akin (R-MO) stays in Senate race, it could lead to Mitt Romney losing Missouri. Artur, who switched his party affiliation from Democrat to Republican this year and is speaking at the RNC convention in Tampa, says President Obama has not fulfilled his promises of uniting the country and getting the economy back on track.

Davis says, “[Akin’s] not going to win this race and it’s very possible that he could cost Mitt Romney this state…. These comments are beyond the pale. They’re incredibly offensive to women all over the country.”