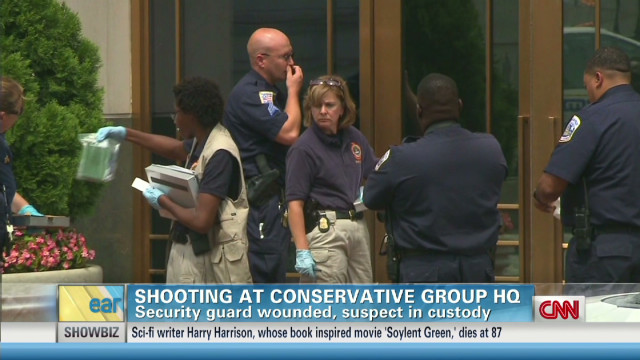 National Organization for Marriage’s Brian Brown says that the Family Research Council shooting was “politically motivated” and labeling the organization a hate group is “totally irresponsible.”

Brown says, “All the indications from multiple sources that were there, say the shooter actually came in and started attacking the policies of the Family Research Council.”

He continues, “Everything points to the fact that this was politically motivated…. Groups like the Southern Poverty Law Center which has labeled the Family Research Council, which is a mainstream group, a hate group. That sort of talk… is totally irresponsible and unacceptable and I think this incident makes that clear.”