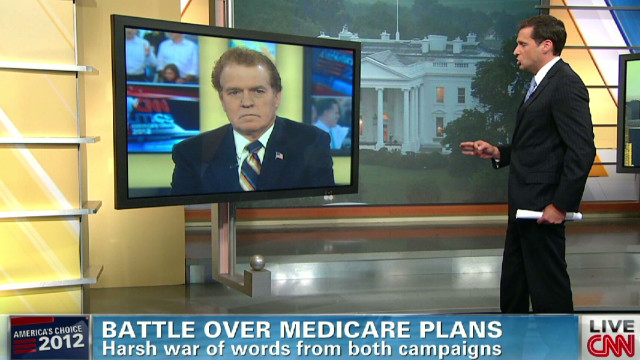 When asked about the Medicare plans, Rep. Gingrey said, “It’s the same game plan, even though you may have a different center fielder. The straw that stirs this drink obviously is Mitt Romney. He is going to be the next president of the United States. Paul Ryan is going to be the vice president. And I think they’ll get on tweaking around the edges in regard to the plan.”

John Berman then presented results of a USA Today/Gallup poll showing 43 percent of independents rating the VP choice as fair/poor.

Rep. Gingrey responded, “Well, it would indicate at this point in time the Democrats are doing a pretty good job of continuing to scare seniors. But the only poll that really matters as you know, John, is that poll on November the 6th and we get the final count.”

Early Start with John Berman and Zoraida Sambolin airs weekday mornings from 5-7am ET on CNN.