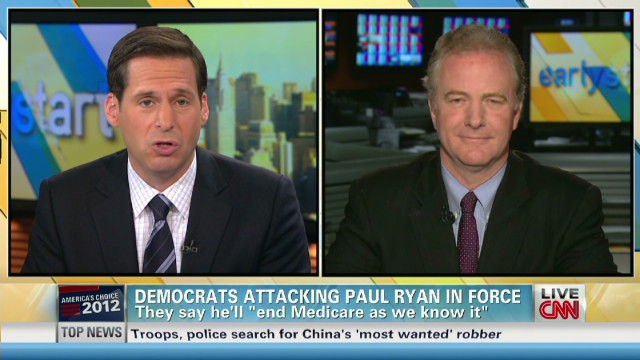 Rep. Van Hollen says, “And the issue of course during the campaign here is going to be what the American people think about the plan that [Ryan’s] authored because as Nan [Hayworth] said, he is the chief architect of the House Republican plan. It’s a very ideological plan. It’s a very right wing plan. And I think it would have terrible consequences for the vast majority of the American people.”