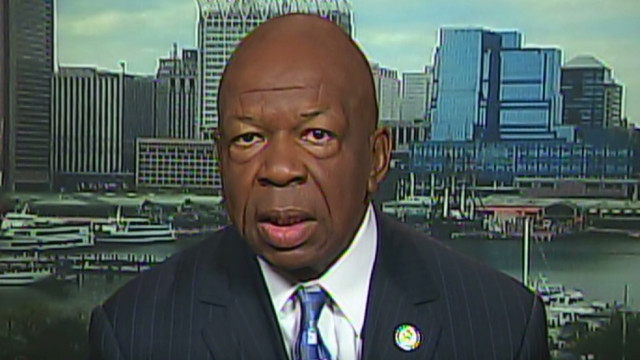 Rep. Cummings on Romney’s trip: “Not ready for primetime;” Palestinian comment “quite offensive”

Rep. Cummings says, “I would summarize it: not ready for primetime. Clearly, the comment in England about the Olympics – you would think that someone who dealt with the Olympics here in the United States would be much more sensitive with regard to those kind of issues to go into a country and criticize the organizers. Then I found the Palestinian comment to be quite offensive and I can understand the feelings of the Palestinians. And now, this fellow here in Poland, making the comment that he made –You know, but the one thing that we’re forgetting – you’ve got a really frustrated press corp. that have only had three questions answered by Mr. Romney during this trip.”