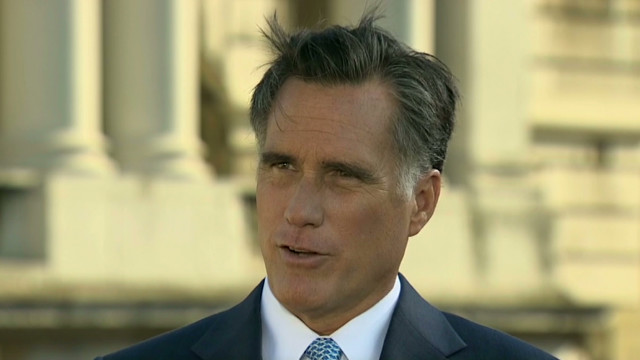 Tonight CNN’s Piers Morgan sat down with Mitt and Ann Romney at the Royal Naval College in England. Morgan asks his guests about the political debate that has risen in the aftermath of the movie massacre:

“President Obama, last night, in a speech, made a big speech which on the face of it, and he’s getting credit for this, looked like he was moving to change things,” says the host. “If he called you up and said ‘look, we need to get together in the wake of this, as I’ve said, the worst ever shooting, we need to get together, do a compromised deal, that just makes it more difficult for people like this to evade the system,’ would you at least, in principle, be happy to have that conversation?”

Addressing gun control, which has quickly become one of the most polarizing issues in the country, the former Massachusetts governor cautions against sweeping changes:

“Piers, I don’t support new gun laws in our country. We have a lot of gun laws now. We have background checks and other restrictions on gun ownership in our country,” explains the presumptive GOP nominee for the 2012 election. “But as you say, we have three hundred million guns in America. We have a second amendment that protects the right of people to bare arms. I support that. I think that the effort to continue to look for some law to somehow make violence go away is missing the point.”