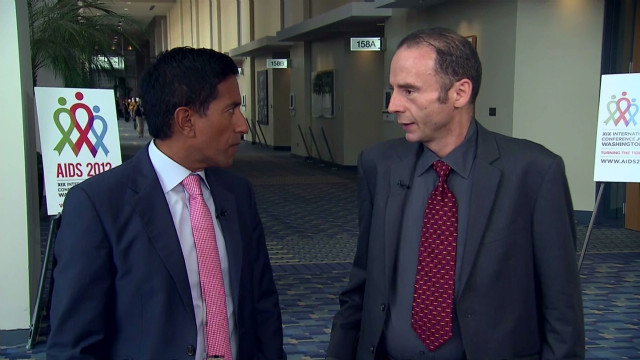 Sanjay Gupta sat down for an exclusive interview with Timothy Ray Brown. He’s known as the ‘Berlin patient’, the only person said to have been “cured” of HIV/AIDS. Sanjay spoke with Brown at the 19th International AID Conference in Washington, DC. In 2007, Brown, an HIV-positive American living in Berlin, was battling leukemia and needed a bone marrow transplant. The transplant not only cured his cancer, but it appears to have cured his HIV because the virus in no longer detectable.

Brown tells Gupta, “I quit taking my HIV medication on the day I got my first transplant…. My HIV was gone… three months after the first transplant — totally eradicated from my body.”

Brown’s case is rare. The procedure is dangerous because patient’s immune system had to be wiped out in order to accept the bone marrow transplant.