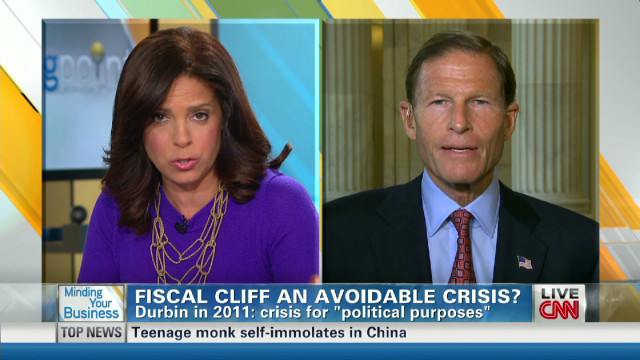 Sen. Blumenthal: Extend tax cuts if faced with a choice to extend or expire for all

If faced with a choice to extend or expire tax cuts for all, Sen. Richard Blumenthal (D-CT) tells CNN’s Soledad O’Brien he would vote to extend.

Sen. Blumenthal says, “My preference is to extend tax cuts because I think that fiscal cliff is so ominous and so potentially destructive that we need to avoid it. But we also need to address the needs for cuts and spending. And I think a balanced approach is the optimal way to go and ultimately one that I think should attract a bipartisan coalition.”