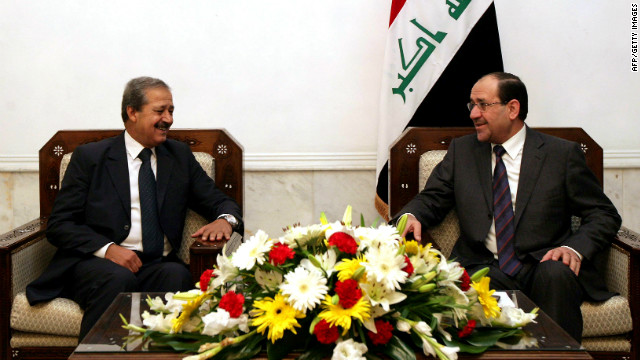 Speaking to CNN in Doha, Qatar, Fares, who is the highest-ranking diplomatic defector, says “I support military intervention because I know the nature of this regime. This regime will only go by force.”

Transcript after the jump.

IVAN WATSON, CNN CORRESPONDENT: Who is making the decisions in Damascus right now? Who is directing the Syrian government policy at facing this uprising?

FARES (through translator): The regime in Syria is a totalitarian regime and a dictatorship. There is only one person who gives the orders — one person who is the president. The rest of the regime personnel are people who only obey.

WATSON: You have been a senior member within the Syrian government, a governor, the first ambassador to Iraq from Syria in more than 20 years. What prompted you to say, “I’ve had it, I don’t want to work with this government anymore”?

Of course, the regime will try and destroy my reputation. This is a well-known tactic. I may be the defection that hurts the regime the most.

WATSON: The Syrian president and supporters, do they believe they’ll win in the end?

FARES: They are trapped. They committed crimes. And they entered into a war of blood. And they are aware that they’re going to pay for it. They’re just buying time. Maybe they will get a chance to escape.

WATSON: Do you want a military intervention into Syria from foreign powers?

FARES: This regime will not go without force. The suffering of the Syrian people is very great and they want it to end by any way possible. I support military intervention because I know the nature of this regime. This regime will only go with force.

WATSON: What message would you like to send to Bashar al-Assad and to your former colleagues in the Syrian government right now?

FARES: My former colleagues, I ask them to join the people and leave this corrupt regime. And there’s still time for that.

To Bashar al-Assad, I say you don’t know history. Two wills cannot be defeated — the will of God and the will of the people. So learn from history. Have mercy on the poor people of Syria and history will curse you for the crimes you committed in Syria.