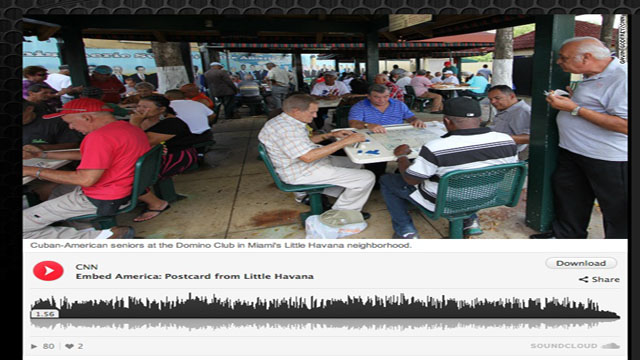 Gas up the car and pack your bags, because CNN Radio invites you to follow their summer-long cross-country road trip. Reporters Lisa Desjardins and John Sepulvado are looking at the 2012 election through the ears and voices of everyday Americans via an audio series called Embed America. From Miami to Los Angeles, and Maine to Montana, Embed America focuses on key election issues deemed important by iReport, the network’s global participatory news community. Issues range from national importance to local concerns, so it’s a pretty expansive representation of US voters (or non-voters, as their choice may be). Users can follow the Embed America routes via an interactive map, clicking on stories produced thus far, including candidate apathy up north and Miami’s explosive Second Amendment debate. Additional details for the series are on CNN Radio’s online news destination Soundwaves and the CNN Press Room.