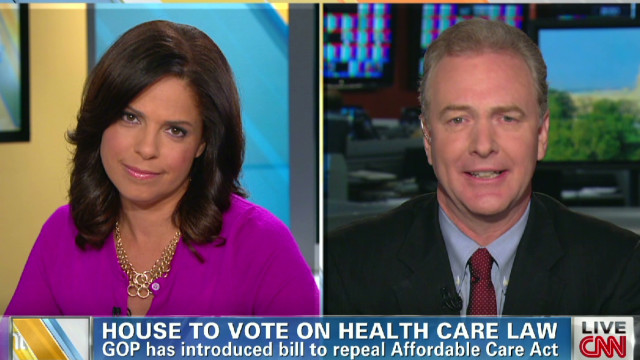 Rep. Chris Van Hollen (D-MD) tells CNN’s Soledad O’Brien why he thinks the upcoming House vote to repeal the Affordable Care Act for the 33rd time is helping energize Tea Party base but alienating others.

Rep. Van Hollen says, “It is an empty political gesture…. I think it actually alienates independent voters when they see Congress wasting taxpayer resources, doing this yet again, when we haven’t voted once on the President’s jobs initiative that he presented last September.”

He continues, “And the irony here, Soledad, is you have Republican colleagues working so hard to eliminate patient protections that are in place right now that they themselves enjoy as members of Congress.”