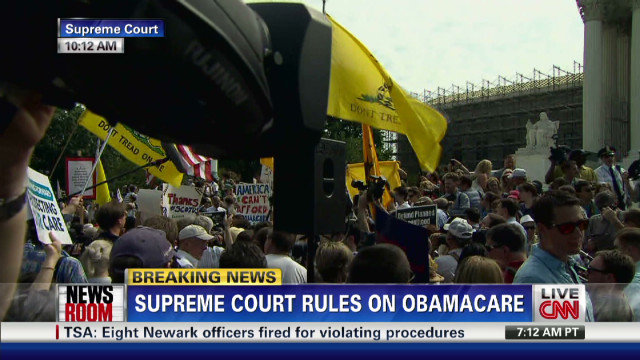 “In his opinion, Chief Justice Roberts initially said that the individual mandate was not a valid exercise of Congressional power under the Commerce Clause.  CNN reported that fact, but then wrongly reported that therefore the court struck down the mandate as unconstitutional. However, that was not the whole of the Court’s ruling.  CNN regrets that it didn’t wait to report out the full and complete opinion regarding the mandate.  We made a correction within a few minutes and apologize for the error.”