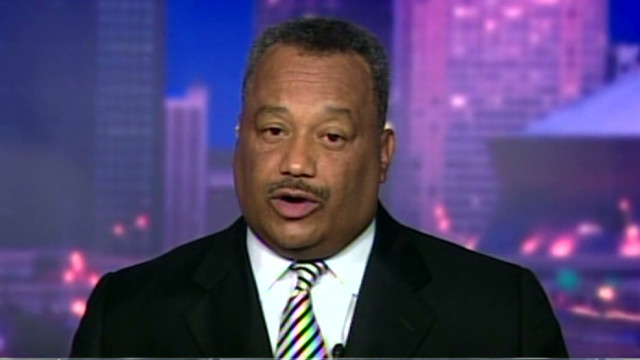 When asked if his agenda will include inclusiveness of gay Americans, Rev. Luter says, “No, I’m a man of the book. I believe in the word of God. I believe in the bible. God has specifically spoken about marriage. Marriage is between a man and a woman. That’s biblical. No president whether it’s a president in the White House, no governor, no mayor, no one can change that. God has already established marriage between a one man and one woman. So I would stand for that because that’s what the word of God says and that’s what I believe in.”

When CNN Anchor Soledad O’Brien asks if this view puts him in opposition to President Obama, Luter answers, “On this particular subject, yes. I support my president. He is my president. I pray for him and Michelle and his daughters on a daily basis. But on this issue, the President and I have two different opinions, for sure.”