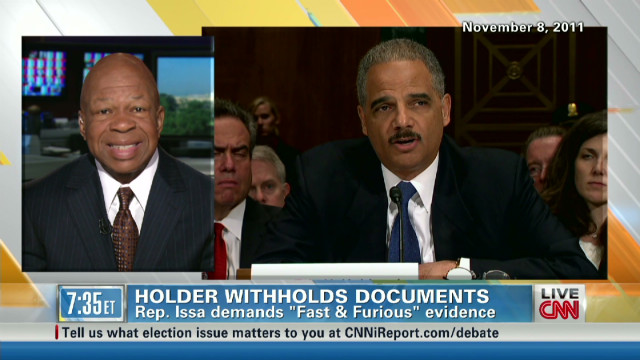 When O’Brien asks how likely a contempt hearing will be if Holder does not present requested documents by 10am ET, Rep. Cummings says, “That’s quite likely, and I expect that it will come to a vote. I expect that it will be a vote on party lines…. And I still believe that this is an effort to try to embarrass the President.”