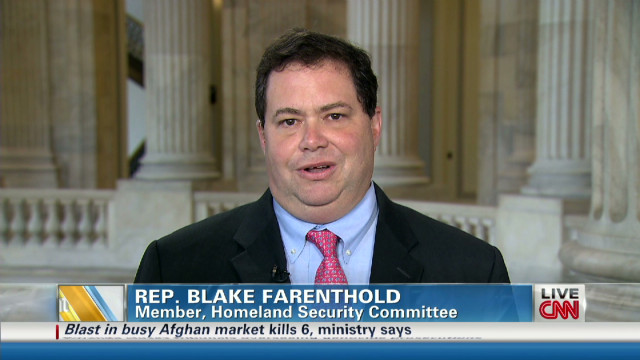 Rep. Farenthold: 16-year-old immigrants ‘had say’ in crossing the border

Rep. Blake Farenthold (R-TX) addresses President Obama’s recent policy on immigration and says some teen immigrants could have had a conversation with their parents before coming to the United States.

Farenthold says, “You’re also talking about people that came over at sixteen years of age. At that point [they] had a say in it. And that looks kind of more like amnesty.”

When O’Brien asks Farenthold to clarify, he says, “They’re certainly in a position to have a conversation with their parents about it.”

O’Brien asks, “A sixteen year old is in a position to have a conversation with their parents about coming across the border, you think?”

Farenthold answers, “Believe me, my sixteen year old daughter’s given me some input on… pretty much everything the family wants to do.”