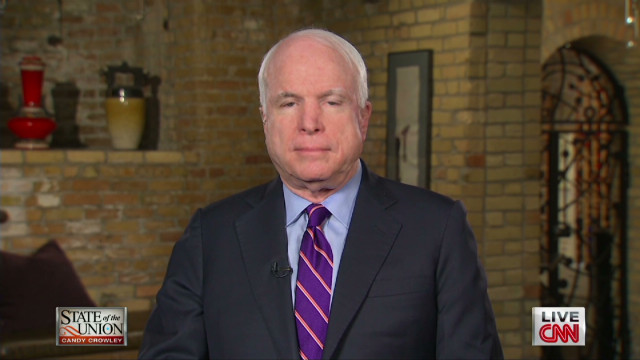 Sen. McCain on intel leaks: “the president is certainly responsible”

Sunday on CNN’s State of the Union with Candy Crowley, Republican Senator John McCain of Arizona spoke about his concern over recent intelligence leaks saying, “it’s very clear that this information had to come from the administration.” Embeddable video from the interview is below and a full transcript may be found here.

CROWLEY: Are you directly saying the president knows about this? Or do you just mean someone somewhere in the administration is trying to make him look good?

MCCAIN: I have no idea whether the president knew or did not know. I have never alleged such a thing.  But I have alleged that if you look at the information that’s been leaked, again, that information in the book says that several officials said that they had to remain anonymous who gave this information because they would lose their jobs. Well, why would they possibly lose their jobs if they weren’t leaking information that has to do with national security?  So, I mean, it’s obvious on its face that this information came from individuals who are in the administration. The president may not have done it himself, but the president is certainly responsible as commander-in-chief.

McCain: Obama responsible for leaks, Holder has no credibility