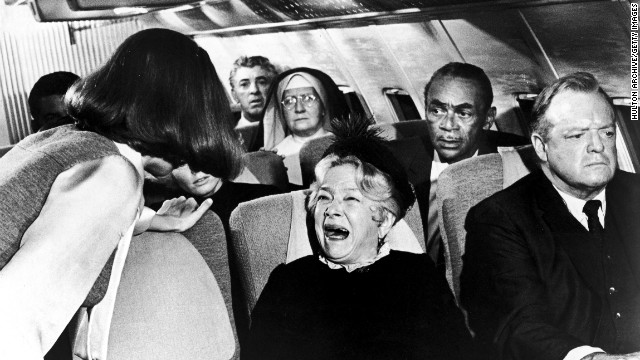 You’ve chosen the location. You’ve booked your ticket. And now it’s vacation day… ready for a little R&R? Or how about the three R’s: Refusal, Rage and Romance? Let’s face it: thinking about what can happen before you reach your destination can become overwhelming. To sort through your traveling stress, lie down on the metaphorical couch (or imagine you’re on one of those beds in a pretend first-class airline cabin) and get ready to relate to people like you. CNN.com’s Travel series “The Traveler’s Psyche” zeroes in on the whirling dervish of emotions we experience when squeezing into a tiny seat, being trapped in enclosed spaces for too long and even taking a romantic sojourn in the beginning of a relationship.

As you board the plane, you’re probably thinking: who will sit next to me? REFUSAL: The article, “Airline Squeeze: It’s not you, it’s the seat” talks to a traveler who says, “I look at it like I’ve leased this space for …however long the flight is.” So, why should you have to suffer through ill-dimensioned seats with a lack of legroom, all the while staring at the rowdy row-mate spilling into your lap? CNN writer Thom Patterson explores why airlines ignore comfort and he provides a colorful picture with popular complaints among coach passengers. RAGE: Yes, “Air Rage” is a thing, especially in an uncomfortable seat. But statistics show that instances of unruly fliers have risen nearly 30 percent in the last few years, and that common triggers include drinking alcohol and being forced to turn off cell phones, according to CNN’s Emanuella Grinberg. ROMANCE: And then of course, there’s your traveling companion. What are the risks and benefits of vacationing with your significant other early on in the relationship? This portion of the series by CNN’s Katia Hetter chronicles real couples who’ve taken real vacations and have made real breakthroughs as a result of their trip.

So, how do you feel about your next traveling experience? Feel free to soundoff in the comments on any or all of these articles… hey, it could be therapeutic.