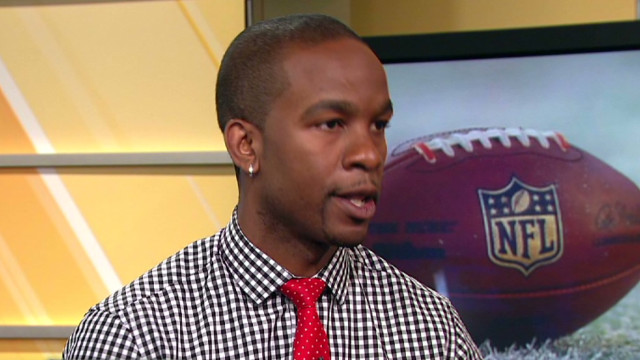 Former NFL player Wade Davis talks to CNN anchor Soledad O’Brien about why he chose to reveal he is gay.

Davis says, “If I could do it all over again, I would come out… while I was playing because I now understand the impact that that would have had. And it can change the lives of so many youth with bullying that’s going on and with this youth just not having a sense of family. You know, that’s just why the job that I have is so important. It is the greatest job I’ve ever had. I wake up every day excited about going to Hetrick-Martin.”