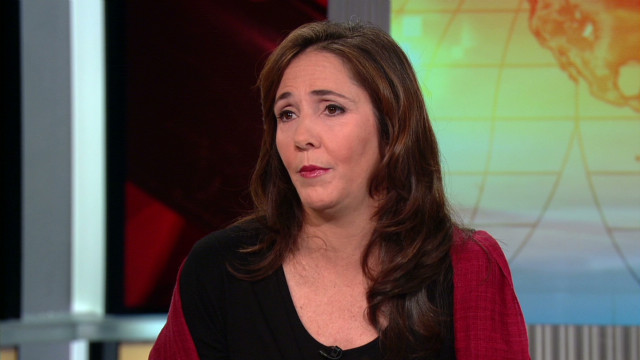 Mariela Castro to Amanpour: “Alan Gross has been granted everything that he’s asked for…”

CNN’s Christiane Amanpour interviewed Mariela Castro, daughter of Cuban President Raul Castro for AMANPOUR.  The wide-ranging discussion included discussion of Mariela Castro’s work on HIV and LGBT issues, her relationship with her father, and her thoughts about normalizing relations between the U.S. and Cuba, her views on American citizen Alan Gross, and her opinion on U.S. President Barack Obama.  Her comments on Alan Gross, follow:

Christiane Amanpour: As you know, there are many issues that cause problems between Cuba and the United States. One of the issues right now is Alan Gross, who you know very well, you know, obviously, about his case, you’ve been asked about it many times. I want to play you something that he told CNN’s Wolf Blitzer.

((Alan Gross on tape from interview with CNN’s Wolf Blitzer – ON TAPE)): I have a ninety-year-old mother who has inoperable lung cancer. And she’s not getting any younger. And she’s not getting any healthier… I would return to Cuba. You know, you could quote me on that. I’m saying it live. I would return to Cuba if they let me visit my mother before she dies. And we’ve gotten no response.

Mariela Castro: Alan Gross has been granted everything that he’s asked for: he has been able to see his wife, he has been able to have matrimonial, conjugal visits, and he has been treated with respect and dignity the way we always treat prisoners in Cuba. We haven’t received the same treatment on the other hand for our five prisoners who have very long sentences that are not right. I think that the six must be released—both the five Cubans and Alan Gross.

Christiane Amanpour: Is that what you’re saying, that Alan Gross should be released and the Cuban Five?

Mariela Castro: Of course. I’m referring to the five Cubans and Alan Gross. I believe that this would be the happiest solution for all involved.