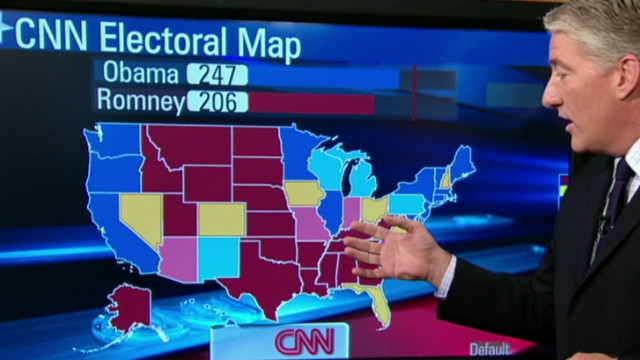 CNNPolitics.com: Home of the Electoral Map and Election Roundtable

It’s a big week for CNNPolitics.com. Today marks the launch of the CNN Electoral Map, an online interactive where users can submit their best guesses for which presidential candidates will win each state. Users can compare their predictions to CNN’s political team, network contributors James Carville and Alex Castellanos and also the 2004 and 2008 state-by-state election results.

Then, on Tuesday, June 5, from noon to 12:30 p.m., CNN Digital is hosting its second CNN Election Roundtable, a live insider chat with Wolf Blitzer online at www.cnn.com/roundtable. Space is limited for questioners but viewers can watch a live stream of the Roundtable at www.cnn.com/live. The chat, which is powered by Cisco WebEx Technology, will be replayed later online at CNN.com and CNN Mobile.

To try out the CNN Electoral Map, participate in the Election Roundtable and to follow political news from the 2012 Election to the Wisconsin recall and beyond, check out CNN Politics on Facebook and on Twitter at @CNNPolitics.