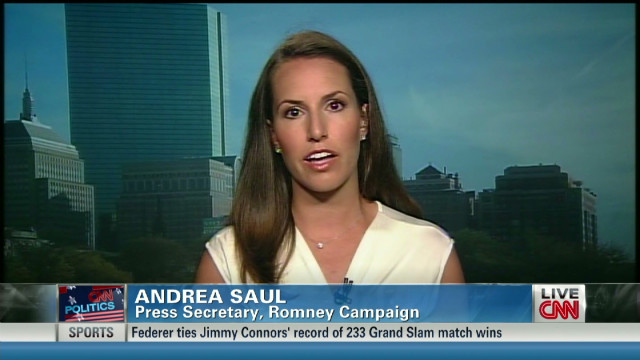 Press rep.: Romney has learned from successes and failures

When CNN anchor Soledad O’Brien asks for specific examples of failures, Saul answers, “Not every business is successful. So, he had successes, he had failures. I don’t have any specific examples to pass on, but there’re going to be ups and downs… and anybody in the private sector understands that.”