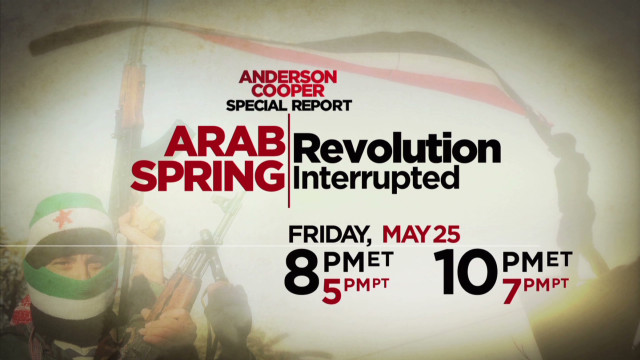 This Friday, CNN will air a special hour titled “Anderson Cooper Special Report- Arab Spring: Revolution Interrupted”.
The round table will focus on CNN’s reporters who were in the field reporting and risking their lives in Egypt, Libya and Syria for the uprisings known as The Arab Spring and the continuing turmoil across the Arab world.
Anderson Cooper will be joined by CNN International’s Arwa Damon, Nic Robertson and Ivan Watson and former CIA officer Bob Baer as they recall the hardships, dangers and challenges of reporting in a violent and ever changing environment and look ahead to what’s next for the Arab world.
The Special hour will air at 8 and 10pm ET on CNN and CNN International.