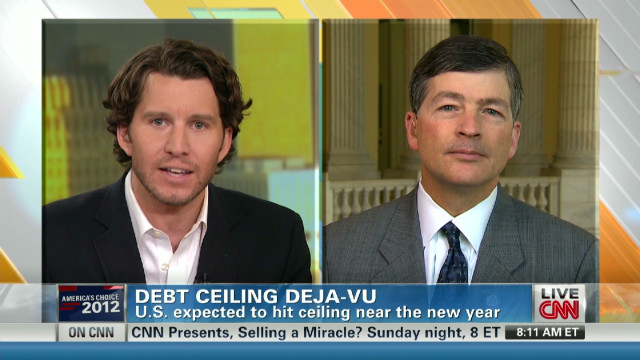 Rep. Hensarling says, “The debt ceiling is not something to be ignored. It is an opportunity to put reforms in place so that we can live within our means.”

He continues, “Sovereign debt is a red herring…. The only way that our sovereign debt would be compromised is if the President and the Treasury chose not to pay it.”

And adds, “The real jitters come from the fact that again we have racked up more debt in three years than in the previous 200. It is unsustainable…. We have to do something about it today. The threat in our credit rating doesn’t come from the debate over a debt ceiling vote, it comes from the fact that we are spending money we do not have.”