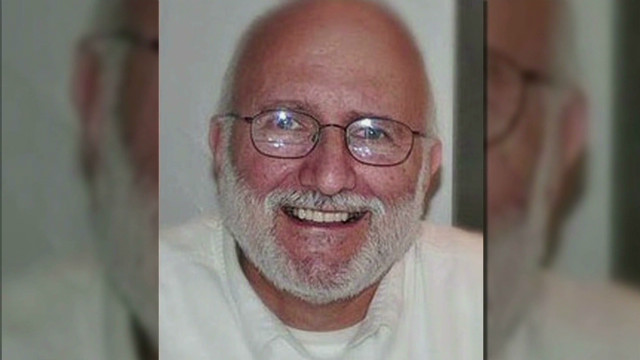 Jailed U.S. citizen Alan Gross: I would return to Cuba if they let me visit my mother before she dies.

Jailed U.S. citizen Alan Gross is allowed one call per week from Cuba and today Gross called CNN lead political anchor Wolf Blitzer. Highlights from the interview are after the jump and a full transcript will be posted on http://archives.cnn.com/TRANSCRIPTS/2012.05.04.html. This interview will air today on CNN’s The Situation Room with Wolf Blitzer, 4-6 p.m. (ET).

Please credit all usage of the interview to CNN’s The Situation Room with Wolf Blitzer
Highlights from the Interview
THIS IS A RUSH FDCH TRANSCRIPT. THIS COPY MAY NOT BE IN ITS FINAL FORM AND MAY BE UPDATED

BLITZER:  — in prison in — and so what’s it like? Walk us through a typical day in a Cuban jail.

GROSS:  Well, you know, I’m not in a typical Cuban jail, so I — I can’t speak to that.  I’m in a secured hospital building that usually holds three people to a room.  We’re not allowed to see any other people, except the — the cell mates.  There, you know, are bars, of course, on the — on the doors and the windows.

At this juncture, I get to go outside every day while there’s sunlight.  And that — that’s been a recent development, because I didn’t really see any sunlight for the first year-and-a-half or so.

And — and our food is brought to the cell.  We’re allowed to use a spoon with which to eat our (INAUDIBLE).  The food initially wasn’t very good, which is probably why I started losing weight rapidly at first.  The food was infested with insects.

And — and there really wasn’t much variety or — or quantity, mostly carbohydrates.

Also, the former president, Jimmy Carter, came and the president of the Dominican Republic came.  And those were all very nice visits.  I — I wish — I wish more congressmen and senators would come so they could get a firsthand view of how things are here.

BLITZER:  — do — the Cuban authorities do allow some of these visitors who come to Cuba to — to meet with you.  Like you said, Jimmy Carter met with you, and some others.  I think Senator Patrick Leahy. Did he meet with you when he was there?

I understand that the president of El Salvador came and they did not allow him to meet with me.  You know, there have been countless others.  Representative Karen Bass and Representative Barbara Law enforcement were allowed to meet with me, as was Donna Brazile.  And — and — and those visits were — were very nice.

BLITZER:  If you could speak directly to the top leaders in Cuba, what would you say?

GROSS:  I would say to Raul Castro that I think he’s trying to do some very courageous things.  I think that he himself has been on national television before the national assembly.  And he said that a major problem with the economy here is the low productivity.  And that can’t be blamed on the United States.  It cannot be blamed on the United States.

And I think it took a lot of courage to say that.

I don’t know how — I don’t know what the employment j the unemployment rate is in Cuba.  But if a million-and-a-half people are — are retrenched from their jobs and there’s only 11 million people in the country, that’s got to say something about a very high unemployment level.

BLITZER:  And, Alan, what’s your message to the highest officials here in Washington, including the president and the secretary of State?

GROSS:  A huge thank you .  I think that President Obama and Secretary Clinton have — have really done everything possible to — to obtain my release.  I think that there are other things going on in the world that are also pressing on their schedules.

But I — I have to say that as far as U.S. policy is concerned, I think the president has been a real leader.  And I think that he’s made some very intelligent and wise decisions regarding Cuba and — and pretty much everything else that I’ve had a chance to read about over the last couple of years.

GROSS:  — and, finally, finally, you know, the — one of the five was allowed to visit his brother in Cuba, who is suffering from cancer.  I — you know, I have a 90 -year-old mother who has inoperable lung cancer.  And she’s not getting any younger.  And she’s not getting any healthier.  And my lawyer and I have written on more than one occasion to the government of Cuba, requesting permission for me to visit her.

And yet they offered to send a plane to Miami to bring her here.  My mother does not live in Miami.  My mother lives in Texas.  And she’s not allowed to travel.  They made the offer only after receiving documentation from my mother’s oncologist that she’s not permitted to travel, and then they started making this offer to fly her here.

But the fact that the United States allowed Rene Gonzalez to travel here to see his brother and the — and the government of Cuba will not reciprocate, means that on the issue of reciprocation, there’s a lot of hypocrisy.

The — the president of the Dominican Republic told me two years ago, when — when he visited.  He said, Alan, I hope you realize this is not about you.  And at that time, I — I could understand that.  I could inte — you know, intellectualize it, that it wasn’t about me, that it was an effort on the part of the Cuban government to — to express its disdain to the United States and — and to try to bring about some kind of trade.

But right now, it is about me and it’s about my family and it’s about my mother.  And I’m taking this very personally.  And for the Cuban government not to show the respect to respond officially to a letter that was submitted by my lawyer, who works for the same firm that represented Elian Gonzalez, I think is shameful — shameful.