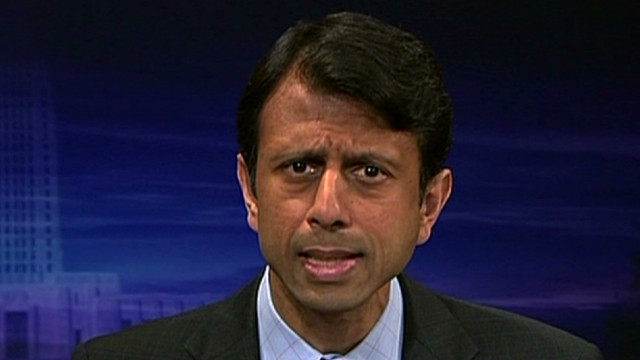 Gov. Jindal on VP position: “I’ve got the job that I want”

CNN’s Soledad O’Brien asks Governor Bobby Jindal (R-LA) about the possibility of accepting the GOP VP nomination, if he is asked.

Jindal says, “I’ve got the job that I want…. but I’m definitely going to be supporting Mitt Romney and whoever he selects as his running mate.”

When O’Brien presses, he continues, “I think [Romney’s] going to pick the person who’s going to do the best job.”