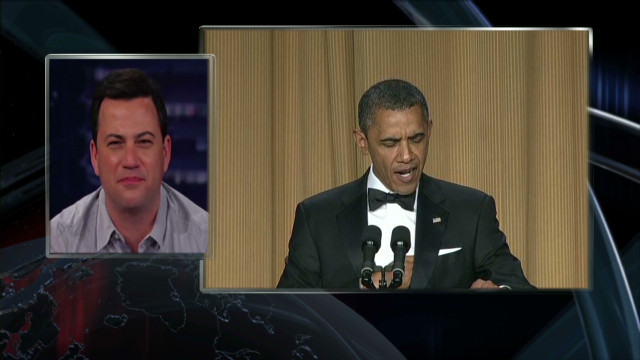 He also talks about the honor of being insulted by President Obama at the event, making fun of CNN, and teasing Anderson about his giggle fits.