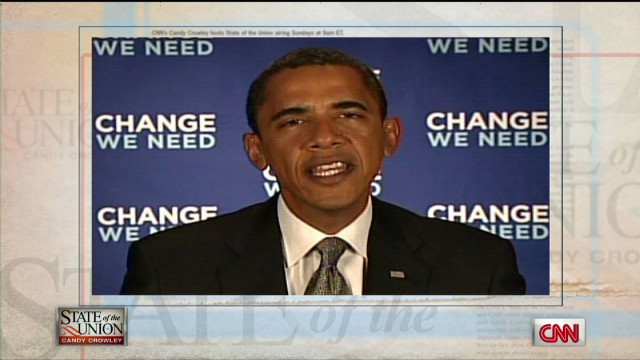 Axelrod: “the nature of Washington is not monolithic opposition to everything the chief executive wants to do as a political strategy”

In an interview on CNN’s State of the Union with Candy Crowley on Sunday, April 22, President Obama’s re-election campaign senior adviser David Axelrod responded to criticism for President Obama’s inability to pass comprehensive immigration reform legislation during his first term in office.  A highlighted excerpt from this interview is below.

AXELROD: Well, because the president has tried to get it. He has initiated those actions and here is what happened, Candy. I was —

And the president said I will work with you to get this done. Not one of those Republicans was willing to stand up and work with him to pass a bill. We tried to pass the DREAM Act through the Congress. It was blocked by the Republican legislature —

CROWLEY: Isn’t that the nature of Washington?

CROWLEY: Isn’t that the nature of Washington is you —

I believe when the president wins re-election in the fall, there will be a new opportunity to get this done. Hopefully, we can get something done beforehand, but to say because you have an implacable group of Republicans in the Congress, who simply aren’t going to let that move, that the president hasn’t kept his promise, is a little bit disingenuous.

State of the Union with Candy Crowley airs Sundays at 9:00am and 12:00pm on CNN.  The full transcript for this program will be posted to http://www.cnn.com/transcripts later today.