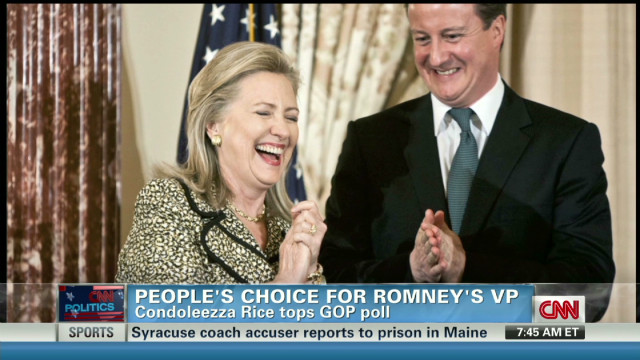 Abby Huntsman and the other Starting Point with Soledad O’Brien panelists discuss Mitt Romney’s potential vice president picks and the possibility of Hillary Clinton as the Democratic VP.

When asked about whether or not her father would be her prediction for the GOP VP pick, Abby says, “I think [Jon Huntsman’s] wonderful, but I don’t think the Romney team is going to go there if I have to go on the record as saying that.”