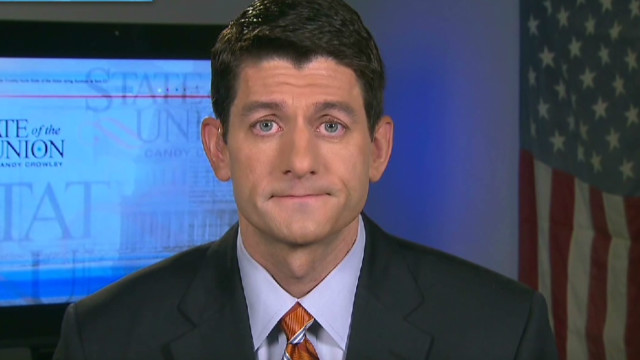 Today on CNN’s State of the Union with Candy Crowley, Congressman Paul Ryan of Wisconsin apologized for his critical remarks of the Pentagon’s budget proposal saying, “I was clumsy in how I was describing the point I was trying to make.” A highlighted excerpt is below, and a full transcript may be found here.

On his critical remarks of the Pentagon’s budget proposal

CROWLEY: You also, in the middle of the unveiling of the budget, criticized the military, essentially kind of accused them of lying about what they really needed. That you wanted to put more money into the military than they said they needed.

I want to read you what the chairman of the Joint Chiefs of Staff had to say in The Wall Street Journal, General Martin Dempsey. “There’s a difference between having someone say they don’t believe what you said versus calling us collectively liars. My response is, I stand by my testimony. This was very much a strategy-driven process to which we mapped the budget.”

The military is a little offended by your words.

What I was attempting to say is, President Obama put out his budget number for the Pentagon first, $500 billion cut, and then they began the strategy review to conform the budget to meet that number.

We think it should have been the other way around. What is the best strategy for our military and so we have a strategy driven budget. Now the result of our review of the president’s budget on the military was we should cut $3 billion from the Pentagon budget over the next 10 years instead of the $500 billion.

And that difference we believe is the difference between getting savings and efficiency out of the Pentagon versus hollowing out our military, short-changing our Navy, our Air Force, stretching our Guard and Reserves too fast. And so we just believe that what we got from the White House was more of a budget driven strategy, not a strategy driven budget. And I did not mean to impugn the…

RYAN: …military anyway and I misspoke on that front.

CROWLEY: Have you apologized to him?

RYAN: Yeah, I called him, told him that.