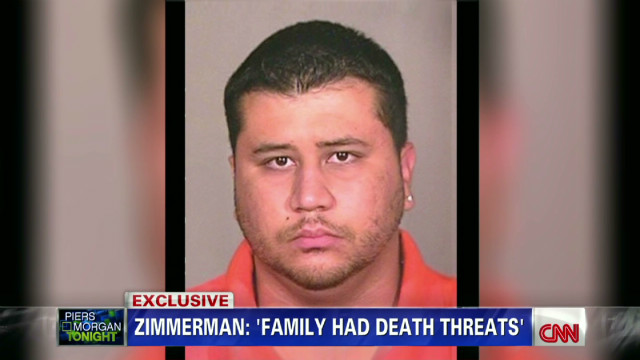 Thursday night Piers Morgan sat down exclusively with George Zimmerman‘s brother Robert Zimmerman. Robert shared with Piers how he is handling the current situation facing his family. Credible death threats are a concern for the Zimmerman family.

“I can tell you that I myself have been contacted by law enforcement because there was credible intelligence that could threaten me,” he says. Robert noted that he looks a lot like his brother and people easily confuse them.

The Zimmerman family has not been very outspoken since Trayvon Martin died because of the ongoing investigation. “The people who love and support George, his family namely, also respect the system, the judicial system and the legal system that we have in America.”

But who is the real George Zimmerman? “He’s the neighbor that everybody would want to have,” Robert explains. “He goes out of his way to help people he always has.”